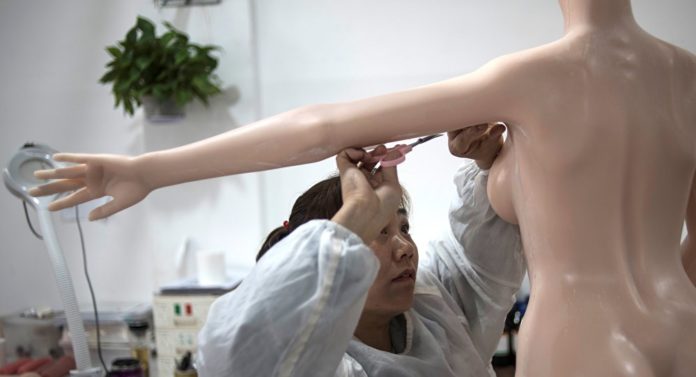 A Chinese-based sex doll manufacturer has unveiled its plans to create fully autonomous AI-controlled sex robots which would be capable of making decisions without relying on outside control.

DS Doll, a company based in the Chinese city of Dalian that manufactures a wide assortment of sex dolls, is now seeking to revolutionize the industry by venturing into the field of robotics and artificial intelligence in a bid to create “full movement cyborgs”, the Daily Star Online reports.

A marketing manager at Cloud Climax, the firm’s top reseller in Europe, explained that DS DOLL has made “significant progress” in its R&D projects and is about to unveil “a lot of new products” this year.

“The first release will be a female robotic head that will be controlled by an app and have the capability to produce a vast array of facial expressions, blink and will incorporate a speaker to play songs or voice recordings,” he said.

The manager added that the second version is expected to be able to converse with people either by using the data stored on its hardware or searching for the answers online like the currently existing virtual assistant programs.

A lot of development is at an almost completed stage. We will see a lot of new products coming to market this year,” he declared.

Since DS Doll was established in 2010, the company has been producing around 400 custom models of all shapes and sizes per month. Its premium-range offers cost between US$4,500 and US$4,500.