Coffee (and by extension, all caffeine) is a publicly accepted addiction?

We tend to call anything that’s even moderately habit-forming an “addiction”. Caffeine is too often categorized as an “addictive drug” when in reality, it’s just an ingredient in things like coffee and tea that are pleasurable, mildly habit-forming, but not seriously addictive. 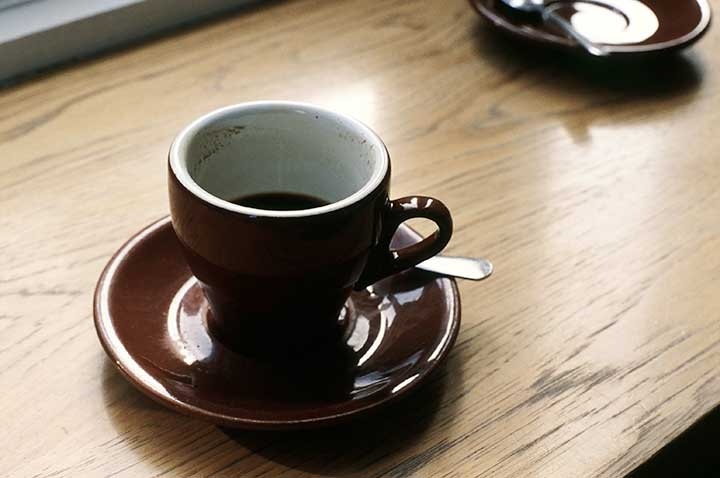 Nobody breaks into cars, or sells their body, or takes reckless criminal risks to feed their caffeine “addiction”. Some people say it’s a genuine chemical addiction, fine. I disagree, but it’s a minor disagreement.

If that’s true, it’s arguably the most benign addiction one can imagine. The withdrawals are minor, disappear in a few days.

The physical, chemical “addiction” to caffeine isn’t nearly as consequential as truly addictive things like nicotine — which few people commit crimes over but is known to be very difficult to abstain from using, once a person is a regular user. Nicotine is one of the most powerfully-addictive unhealthy habits, far more problematic than something as benign as a coffee.

Further up the scale, narcotic substances, opiates, are profoundly addictive, and people do destructive and criminal things to avoid withdrawal. That’s an addiction. The kind that many people never recover from, and die prematurely from using, partly because of its addictive properties, and partly because of health neglect under its influence, and high-risk behaviors associated with securing access to the drug.

The caffeine habit, on the other hand, is more complex.

We all have habits. Dogs have habits. A dog-owner friend of mine told me — when preparing me for the duties associated with having a dog — that if you take your dog for a walk, at a certain time of day, twice in a row, then it’s a mandatory tradition, one that the dog won’t let you forget. He was right. Once I got a dog, this exact pattern presented itself.

People are not unlike that.

This happened to me with a certain kind of gourmet drinking chocolate, really luxurious cocoa imported from Mexico, Costa Rica, or Colombia. I loved this stuff. I had a ritual where I would make this cocoa, about an hour after dinner, near bedtime, and enjoy it. In under a week, my body was demanding this stuff. It tasted good. It’s the timing, and the ritual, your body remembers this, and wants the pattern to continue! I had to stop, not because it was unhealthy, but because it was expensive! I didn’t want to nurse a habit, alongside the costly habit I was already involved with, good-quality coffee every morning. So I stopped.

Coffee in the morning, every morning, very habit-forming.

Or even a bag of potato chips, that you enjoy as a snack, and a prescribed time of day. It’s habit-forming. I rediscovered potato chips earlier this year and would eat an individual-sized bag of chips every day, after work. It was my home-from-work reward. This persisted for 5 months before I realized it would take some effort to stop expecting this taste, at this time of day. Does that mean I was addicted to potato chips? No, it doesn’t. You get the idea.

Caffeinated beverages are habit-forming. And it’s fair to say, mildly addictive. When we don’t get them, the craving persists. Again, it’s so minor, that it’s nearly inconsequential. Few lives are ruined because someone wishes they had a cup of coffee but they don’t immediately have access to one.

I would make an exception for those who have developed a high tolerance for caffeine. There are some unpleasant physical side effects from abstaining. Headaches disrupted sleep patterns, etc. Most of us in the coffee business has experience with this. But I still don’t consider it a very serious addiction. The symptoms resolve themselves in under a week.

If we call anything habit-forming an addiction, then the list of things that fall into that category is quite literally infinite.

Any human behavior, substance, pleasurable activity, ingredient, flavoring, food, or beverage, could then be called “addictive”. Then the word loses its meaning.

Just because we like something and want to have it regularly, doesn’t mean that it’s a “publicly accepted addiction”.

More likely, it just means we’re enjoying something that’s relatively harmless, and habit forming. And that could be said about lollipops, about video games, about anything.

Previous article
Something that almost no man knows about pleasing a woman
Next article
Focused!