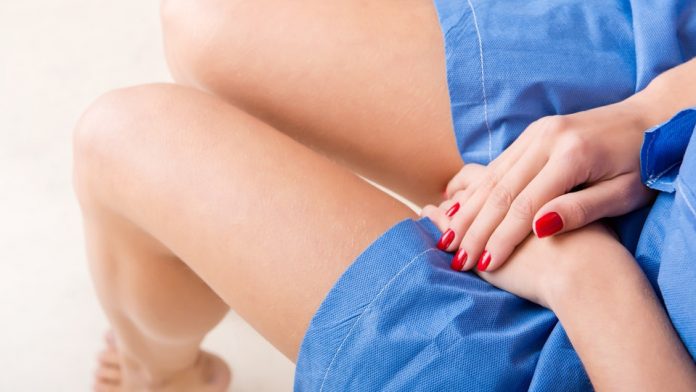 Apparently, a vagina can, too. Believe me. That’s right—either she has an outie vagina or an innie vagina.

You over it yet? Okay.

But what’s the difference?

Every vagina is best for me.
You have it, I’ll take it.

What does it mean if she has an outie or an innie vagina?

According to Dr. Mary Jane Minkin, MD, a clinical professor of obstetrics, gynecology, reproductive sciences at Yale University, “It certainly doesn’t make any difference that I know about, and I’ve only been in practice for about 40 years,” she says.

“Some people have very prominent labia majora; others have very prominent labia minora, and it’s all normal.” Not only is the labia length totally normal—no matter what it is—but it’s only recently that women started thinking about the way their labia looked at all. Women started checking out the situation down there only after they began waxing their vulvas,” said the doctor. “That’s when they could see what their labia looked like and when they started comparing their labia to those of other women.”

“Before, people had pubic hair, so you didn’t see these things, but now, people can see it,” Dr. Minkin explains. “…Women started worrying about what their vulvas looked like, which was sort of crazy, because nothing is abnormal in a vulva.”

In fact, she’s never seen a patient who’s had an abnormal vulva, as far as labia length goes.

Should you, as a man, do anything different depending on what kind of vagina she has?

Again, outie and innie vaginas aren’t really a “thing” you need to worry about. Nor does she.

Long or short, plump or thin, dark or pale, wrinkly or smooth — no two labia look exactly the same.

Here’s a guide from Women’s Health to be able to tell the difference, to be an expert in such matters, to help your woman (all women if that is your mission) to be comfortable with her labia.

Just like some women sport thicker middles and others carry more junk in the trunk, some women’s outer lips pack extra padding. “One of the complaints I get is, ‘It’s too poofy,’” Horton says, which can make some women self-conscious about bulges in, say, yoga pants. She notes that labia majora reduction surgeries are actually a thing. But, there are other solutions: Camelflage, for example, is brand of undies with special sewn-in liners that fight the dreaded camel toe.

Some women’s labia majora are naturally thinner, and many women’s labia majora become thinner post-menopause due to hormonal changes, experts say. But while Horton says some ladies complain about looking deflated—in Asia, there’s even a trend toward surgeries that plump them up your lady lips—there’s no harm in having less meat there, experts say.

Sometimes, the labia minora aren’t so, well, minor, and one or both protrude beyond the labia majora. While this shape is normal, it tends to be the one that bothers women most. “Sometimes their labia gets caught, like when they’re trying to have sex and it kind of gets folded up.

“Sometimes, when [they pee,] instead of it coming straight out, it sprays all over the place.” These kinds of issues can lead some women to seek labiaplasties, which are relatively minor surgeries, but not without risk, Streicher says. Bleeding, scarring, and uncomfortable intercourse can, in rare cases, result.

“If you look at a head-on picture of the labia, what you typically see is that the labia start at the top and then extend all the way down to the bottom of the vaginal opening—well not everybody has that,” Streicher says. “In some women, it only comes down three-quarters of the way or even halfway every once in a while.” Again, there’s no functional reason to worry about it.

If you consider that the labia majora are basically an extension of the inner thighs and buttocks, it’s kind of surprising that they’re a totally different colour than the rest of your skin. “Some people can be gray, some can be pink,” Romero says.

The colour can also change, typically veering toward a darker shade, after pregnancy, thanks to hormones, Streicher adds. Your labia minora can be dramatically darker than the rest of your lady parts too. That too, she says, is “totally normal.” Phew.