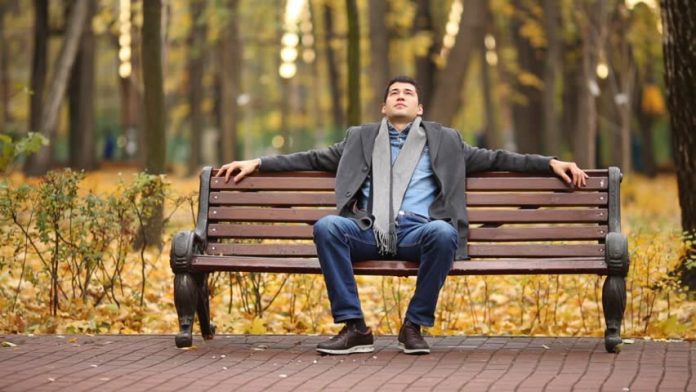 I’m 37 about to turn 38 in less than two months. I’m dating someone, but I’m technically single by legal standards. I have no children. I don’t even have a pet. I used to have plants. But now I have a plant. Well, two plants.

One is this weird rubber tree thing that refuses to die, no matter how much I don’t pay attention to it. The other is this cactus thing that I actually thought was dead. I watered it randomly a month ago and by randomly I mean I poured some excess water into it, water that I was drinking but then I was sick of drinking so I was like, fine, and I poured the water into the cactus’ pot and, boom, the fucking thing started growing again. Who knew.

The point is that I’m getting old and I don’t like it.

I always thought that getting old would be this easy process where my brain would produce this chemical or something that made it ok that I was slowly walking towards a cliff and then I had to jump off (that’s a metaphor for dying). People have been dying for thousands of years and no one has completely freaked out about it? There is something worse than the inevitability of my end, though.

It’s the inevitability of my end coupled with the constant, agonizing waiting for the end to happen. Combine that with the fact that my death could happen at any moment and I have no control of it at all and it explains why I’m always just a little bit grumpy. I’m looking around corners.

I bought a slip-mat for my shower that is actually an anti-slip mat so that I wouldn’t slip in the shower and break my neck. More people die from that than car crashes. I don’t feel like googling that stat. It’s probably true.

Besides knowing that I’ll most likely live less years than I already lived, there is the annoying revelation that getting older is objective. It’s all the same for everyone. Our teens and our twenties and early thirties are subjective. They are yours. You are a unique snowflake. But when you get to be 36 or 37, strange stuff happens to a person’s biochemistry. That’s why older people seem like silly stereotypes. We are trapped in barely functioning bodies. It sucks. Everything is loud now.

The slightest noise keeps me up at night. I can barely stand hearing people walk down the hall. Young people, just by being alive, get on my nerves. Young people move irratically. They say stupid stuff (what the fuck does fleek mean?), they don’t listen when you try and give them good advise and they refuse to dress in a way that doesn’t make them stick out like a single Black guy in Ikea on a Tuesday morning.

I used to be able to drink all night, from 9pm until 3am, get four hours sleep, go to work, work all day, then crack a beer at 6pm just to smooth everything out. The other day I had two beers, got sleepy, starting watching “Arrow” and fell asleep on the couch. My body hates alcohol now. My body refuses to metabolize it. My body is all like, “Fuck you, dude. You want to drink that bullshit? Fine. But we are shutting down all your systems so that you can’t get up and you will, YOU WILL, piss yourself when you’re asleep. I promise that shit, motherfucker.”

Speaking of peeing. I have to get up and pee in the middle of the night, all the time. At first I was worried. Now I barely remember doing it. I’m sleep peeing. Pee walking. Those are official terms.

Getting old means, plainly, that your body hates you. Sitting here, typing, I stop and think about all the parts of my body that hurt. My knees. My elbows. My chest, for some reason. Deep in my chest, past the breast plate, over my right lung, sometimes, for some reason, I have this pain. It feels like someone punched me from inside my body. It happens for no reason.

I should go to the doctor, but, I mean, what do they know? They are basically guessing, aren’t they. I know that this chest pain is going to flare into a full blown heart attack one day and I’m going to drop dead. At least I’ll know when it happens. I’ll be like, “Yep. Figures.” Sometimes I walk around and wonder if other people think this way and I’m glad I don’t know if they do for sure.

I drink a lot of water for some reason. Like, a lot. And it tastes terrific. I’m that guy who asks for water at eateries because water is generally just a terrific thing to drink. Yeah. I’m old. That’s what old people do.

Getting older isn’t all bad, though. There are bright spots. To be honest, these bright spots are small suns. When I was in my twenties, I decided to go to college. There was no promise or guarantee that college would do anything for me but, hey, look momma I made it, because of my education I have the best job I’ve ever had. My job is amazing. It pays me well and I have the relative freedom to basically do what I want. My younger self picked up produce boxes and stocked shelves.

I’m older and because of that I know how to treat people. Remember when I said that getting older is objective? It’s universal? You ever wonder why younger people are so single for so long? Younger people need drama to survive. If you’re dating someone and you’re not fighting, then you start a fight, goddamnit, because you need the drama. You need the gossip. You need the background noise of being mad at someone. Hands down, the best part of being older is not giving so much of a shit.

You find that someone that you care about, that makes you happy. You treat that person with respect. You have years of experiences to help guide your ability to empathize and then you empathize. Truth be told, there is nothing better than being on the couch with someone, watching “House of Cards” and hearing them laugh. Young people don’t know what to do with that or how to get it and I pity them.

I’m not even that old. I’m not even 40. But it’s what Indiana Jones said in “Raiders of the Lost Ark” when he was on the boat and Marion was looking at him and she was all like, you’re not the guy I knew blah blah years ago and Harrison Ford delivers that line that only Harrison Ford can deliver saying, “It’s not the years. It’s the mileage.” God, what a great movie.

I miss exercising without feeling like my lungs are about to explode. I miss late nights drinking bourbon and throwing up the next day (I really don’t miss that). I miss my 32 inch waist. But that’s pretty much it.

Read the original article at Medium.com.