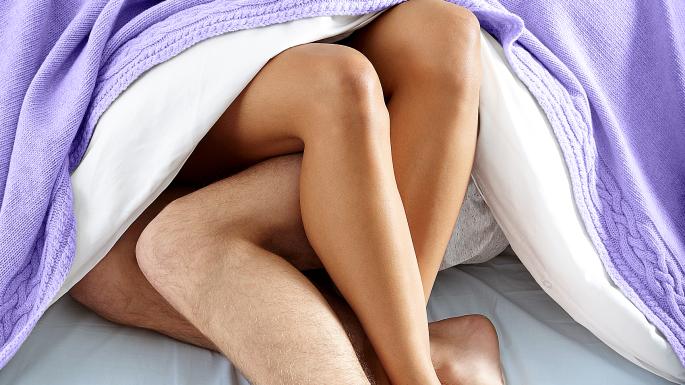 Around 30 per cent of Canadians between the ages of 40 and 59 report at least one problem in the bedroom.

The most common sexual problem is low desire, according to a research study we recently published in the Journal of Sexual Medicine. Around 40 per cent of the women we asked, and 30 per cent of men, reported experiencing problems with low desire during the last six months.

Many women also reported difficulties reaching orgasm (15 per cent), as well as problems with vaginal dryness (29 per cent) and vaginal pain (17 per cent). Nearly a quarter of the men had difficulty ejaculating and maintaining or acquiring an erection.

These rates suggest that a variety of sexual problems are quite common among midlife Canadians. Our findings are also largely consistent with published research from the United States and the United Kingdom.

I am a PhD candidate in family relations and human development at the University of Guelph and my research typically focuses on “keeping the spark alive” in long-term relationships. My main interest is the intersection of relational and sexual elements within romantic relationships.

This study was co-authored with Robin Milhausen from the University of Guelph, Alexander McKay of the Sex Information and Education Council of Canada and Stephen Holzapfel from Women’s College Hospital Toronto. It was aimed at addressing a lack of available data on the frequency and predictors of sexual problems among midlife Canadians.

These are interesting findings, and not unexpected. Other research has shown that sexual satisfaction decreases over time in long-term relationships. Together, this suggests that over-familiarity with a partner in some cases may lead to the sexual “spark” burning less bright, which may also contribute to sexual problems.

Our research also suggests that participating in novel sexual activities may enhance desire by breaking up routine and therefore enhancing the spark.

We also examined the effect of menopause — finding that postmenopausal women were more likely to report low desire and vaginal pain. This is consistent with other literature showing declines in desire for postmenopausal women. It complements other research, which suggests that physiological changes like thinning of the vaginal walls and reduced lubrication that can occur after menopause may lead to vaginal pain.

We conducted this research with a large national sample of 2,400 Canadians aged between 40 and 59. Our findings showed that sexual problems are very common in this age group. This is one of the largest Canadian demographics and will continue to grow. More national Canadian data is needed to understand the health-care needs for this group.

One important limitation of this study is that we based our research on participant self-reports and did not assess whether they met the diagnostic criteria for a clinical diagnosis of sexual dysfunction (e.g. erectile dysfunction).

Previously published research reveals that more midlife Canadians would like to be asked about sexual problems by their doctors, but more than 75 per cent had not sought help for these problems.

Read together with the results of our study, this suggests an emerging health-care issue that requires attention and research.

This article was originally published on The Conversation. Read the original article.