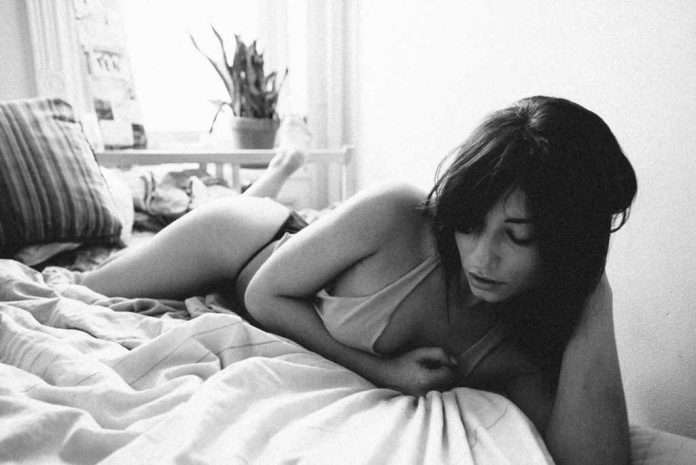 She mounted me in my sleep. I tried looking up, but all I could see was a slender woman with blonde hair having her way with my body. For some reason, I couldn’t move. All I could do was watch in horror as she screwed my brains out.

Why the horror? Don’t all guys want to get laid? She’s hot, so what’s the big deal?

We may age, but as long as we follow a dream we never have to grow old.

The door was bolted in. I doubled locked it. This situation is impossible, so…

I parted her hair. I could move again.

A black shadowy face laughed, pinned me down, and said in the eeriest voice, “Now I have you forever!”

I woke up. I thought I heard a woman laughing inside the walls. But after I got up all I could hear was static buzzing in my ear. After a while, that died too and I was alone.

Even in my sleep, I can’t run away from sex, I thought.

This shadowy blonde woman appeared in my dreams three more times after this. Every time I met her, I would love her more.

Sometimes she made coffee for me and we sat in a living room. Other times we simple walked outside at a park. Last time I saw her I think she was pregnant….

Not sure, though. I didn’t ask because it’s rude, even for shadow people.

From Quora.com, written by John Bedford, author of World Peace From Your Sofa.