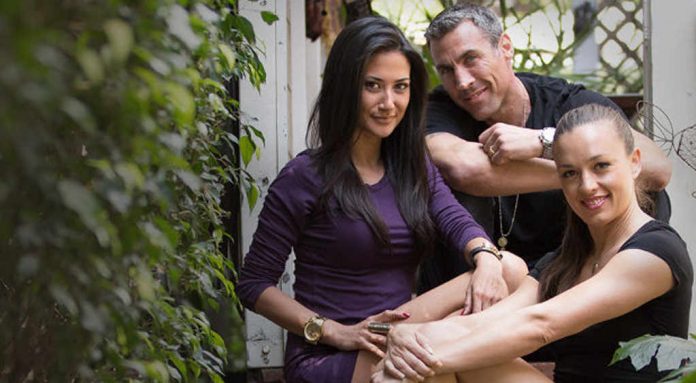 It’s common belief that opposites attract, or that marriage makes people happier. But the truth behind these relationship stereotypes – and others – might surprise you.

The winter months are the most popular time of year for getting engaged – and when at least some of us start prioritising our search for a relationship. But it turns out we might be going about romance all wrong.

Could online dating make you look more attractive? Is it better to be like your partner? Are married couples truly happier long-term? And is monogamy the best option?

The answers might surprise you. BBC Future rounds up some of our favourite – and most counterintuitive – insights from research around the world.

Online dating is one of the most popular ways to meet a partner – but feeling like one profile out of a million can be intimidating. It might be heartening to know amidst the stream of faces, the face we saw before influences how attractive we perceive the next one to be.

This finding suggests that our perception of beauty, far from being deeply ingrained, is in fact very much fleeting. So, if someone is swiping along to your dating app profile, it may not be a bad thing to be among a sea of other people’s well-chosen, flattering pictures.

The fact that such glances from dating app users are generally very quick may also work in our favour. Psychologists have found that faces are subject to a ‘glimpse effect’, which makes faces appear more attractive the less we look at them. The reason behind this, researchers suspect, is that this encourages us to give faces we see in passing a closer second look, lest we hastily miss out on a particularly handsome potential mate.

There are some traits that tend to be beneficial to share with your partner, but it’s not entirely true that opposites attract. Some of these are traits that are generally popular to have in a partner no matter what your own personality is like, such as being agreeable and not too neurotic.

But sometimes the best traits to have in a partner vary depending on your own character. For people who have an anxious attachment style and worry about being abandoned, for example, having a more similar personality overall boosts couples’ relationship satisfaction. And other factors, such as whether you are early birds or night owls, also best to match.

But sometimes, finding your own character mirrored in another person might be a turn-off. For example, when it comes to conscientiousness, research suggests that it’s better for one partner to be a bit more (or less) conscientious than the other – it helps you balance each other out.

Yes, marriage makes you happier – but not forever

If you and your partner are well-matched, maybe you’ll get hitched. But what does that mean for your personality – and happiness?

Research shows that marriage makes long-lasting changes to people’s personalities. A four-year study of 15,000 Germans revealed that after marrying, people showed a decrease in openness and extraversion – a pattern perhaps all too familiar to the friends of the newly-wedded.

On the upside, people also have reported getting better at self-control and forgiveness after getting married – essential qualities to maintain a long-term relationship. But of course, that’s just their own view. Whether their spouse agrees with them is another matter.

As for the smugness? It may come from the fact that your married friends really do think they’re happier – at least for a while. Life satisfaction among couples did increase after marriage – but after a few years of marriage, life satisfaction returns to baseline levels.

How break-ups change your personality

Research has also revealed what appears to be the opposite of the ‘smug married couple’ effect: people experience personality changes after the end of a long-term relationship too.

Studies of middle-aged people who had gone through a divorce, for example, showed that women became more extroverted and open after cutting ties with their spouse.

Men, on the other hand, didn’t handle the break-up quite so well. They tended to become more neurotic and more conscientious after the divorce. And in general, both male and female divorcees tend to become less dependable after their break up.

It also works two ways – as well as break-ups changing your personality, your personality affects how you will recover after a break-up. More extroverted types tend to remarry quicker, while more neurotic types have a tendency to go in for a series of shorter relationships after a divorce.

Of course, monogamy is not the only option. Polyamory, a relationship style with more than two people involved, may be a growing trend. Unlike cheating in a monogamous relationship, in polyamory this happens openly and with consent.

Research has shown that polyamorous couples maintain stronger friendships outside their love life than monogamous couples do. One online study also found that people in polyamorous relationships were more likely to practice safe sex.

But if you aren’t polyamorous yourself, don’t worry – you’re not necessarily missing out on all the fun. People drawn to a polyamorous relationship may simply be more open to more relationships (including friendships) to begin with.

And research has shown that, overall, people in polyamorous relationships have more or less the same psychological wellbeing and relationship quality as monogamous couples.