Astronauts Report: Who Die on Mars Can Be Buried on Red Planet, Sent Into Space or Eaten

There are two kinds of approaches to it. One says even though we owe the body an enormous amount of respect, life is primary, and if the only way one could possibly survive would be to eat a body, it's acceptable but not desirable.

Since Yuri Gagarin got into a rocket and flew into space 60 years ago, approximately 21 lives have been lost in the cosmos, but as space agencies prepare for the first human mission to Mars, many believe the death toll will increase significantly. 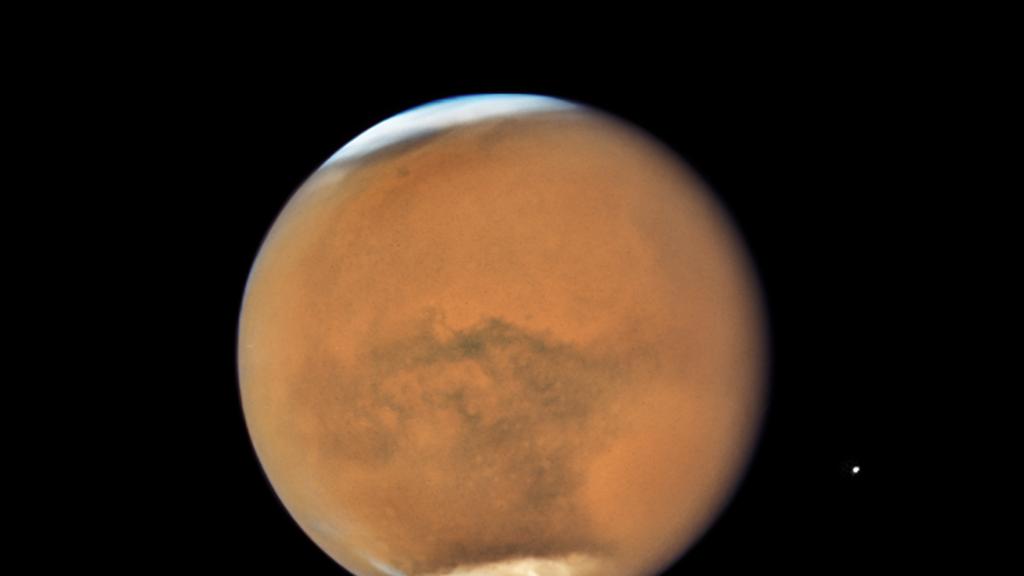 Astronauts traveling to Mars will spend at least seven months in a capsule on a route never before completed by humans, and if they survive the trip to Mars, they will face the harsh climate of the Red Plane, among other serious issues leading to death, like starvation and suffocation.

When a crew member dies, it may take months or even years for a body to be returned to Earth, if at all, which raises a not-so-trivial question of what happens to a person’s body when they die in space.

According to a Popular Science report, experts have proposed a range of options for burying a body on Mars, including “jettisoning” it into the dark abyss or burying it in the Red Planet’s soil, but the remains would need to be burned first to avoid contaminating the surface.

However, in the worst-case scenario, the space explorers could run out of food and the only thing edible is the corpse of a fallen crew member. Experts are studying what occurred in 1972 when a plane with an Uruguayan rugby team crashed into the Andes mountains, which sounds horrific. The surviving passengers had no food and no means of communicating with the outer world while stuck on a mountain, so they made the difficult decision to eat those who had died when the plane went down in order to survive.

“There are two kinds of approaches to it. One says even though we owe the body an enormous amount of respect, life is primary, and if the only way one could possibly survive would be to eat a body, it’s acceptable but not desirable,” Bioethicist Paul Wolpe is quoted in the report discussing the potential cannibalism among those living on Mars.

According to the report, citing the experts, if the mission’s food supply was disrupted, the astronauts would quickly run out of options.

However, no space agency has yet issued an official position on cannibalism on Mars. NASA does not mention in its protocols the sudden death of astronauts and the protocol for handling their bodies at all, nor do the instructions of other international space agencies provide for this either.

While NASA does not have defined procedures for coping with death in space, researchers from all over the world have worked to find a respectful way to dispose of a fallen astronaut.

There are several other probable methods of disposing of a dead body in space. Freeze drying, for instance, in space differs from on Earth in that the body would be held outside the spacecraft, in a cold vacuum, where it would be covered in ice.

If a crew member dies on the approximately more than half-a-year trip to Mars, the body can be frozen or stored in cold storage before the craft lands.

If keeping it cold isn’t possible, the survivors could transfer their deceased colleague into space. It may be seen as the simplest alternative, as the body would become stuck in the direction of the craft and remain exactly where it was released. But if several missions opt for this approach, future spaceships to Mars will fly through a sea of bodies.

According to scientific studies, the Red Planet is exposed to 700 times the radiation encountered on Earth. Radiation can damage the heart, harden and narrow arteries, or remove some of the cells in the linings of blood vessels, all of which can lead to cardiovascular disease and possibly death.

A Martian burial would be needed in this situation, but NASA has strict rules against contaminating other planets with Earth microbes.

“Regarding the disposal of organic material (including bodies) on Mars,” NASA’s Office of Planetary Protection official, Catherine Conley said, “we impose no restrictions so long as all Earth microbes have been killed—so cremation would be necessary. Though planetary protection does require documentation of disposal, to ensure that future missions are not surprised.”

Wolpe, on the other hand, believes that humanity will be able to adapt to the harsh realities of posthumous treatment in space. We recognize that Earthbound explorers face the prospect of less than ideal funerals if they perish in the field. After all, Mount Everest, according to Wolpe, is a great Earthly model for possible Mars missions because when people die, their bodies simply remain there forever.