The award ceremony took an unexpected turn when US veteran actor Robert De Niro took to the stage and started verbally abusing US President Donald Trump.

De Niro received a standing ovation from the audience when he dropped F-bombs at Trump with his fists in the air during the 72nd annual Tony Awards.

The broadcasters were left in panic as they tried to bleep out the profanity. According to media reports, some viewers in the US who were watching the awards at home heard silence, whereas in other places the swearing wasn’t censored.

De Niro’s unexpected action received a roaring applause from the audience at the awards, with many celebrities standing up from their seats.

Social media erupted in reaction, with many expressing their support for the actor.

And he received a standing ovation.

(Shoutout Australia for not censoring curse words on television)pic.twitter.com/pTla4xXeVM

People who have slammed Donald Trump in the past 24 hours:

* He did say “fuck Trump” twice

he actor is known to strongly dislike the president, as back in March he bashed Trump at a Fulfillment Fund fundraiser, “A college education is important, but education without humanity is ignorance. Look at our president. He made it through the University of Pennsylvania, so he was exposed to a quality education, but he’s still an idiot. And he lacks any sense of humanity or compassion,” he said, according to the Hollywood Reporter.

De Niro slammed Trump again in April during the opening night of the 2018 Tribeca Film Festival. “America’s being run by a madman who wouldn’t recognize the truth if it came inside a bucket of his beloved Colonel Sanders Fried Chicken,” he said.

Robert De Niro walking onto the Tonys like a boss and saying fuck Trump not once, but TWICE and getting a standing ovation is a big mood

If #RobertDeNiro wanted to say something edgy, he should have pointed out that our country is deeply divided, and that through theatre they have an opportunity to unite the us, even for just a few hours.

But no, it was easier for him to remind 1/2 the country they hate us. Weak.

Who thinks that Anyone cares what Robert De Niro thinks!!! 👎 Used to be one of my favorite actors not anymore. Two words for him F—-! De Niro!!!

Everybody cheered for Robert De Niro just like they cheered for child rapist Roman Polanski , a good crowd eh??????? 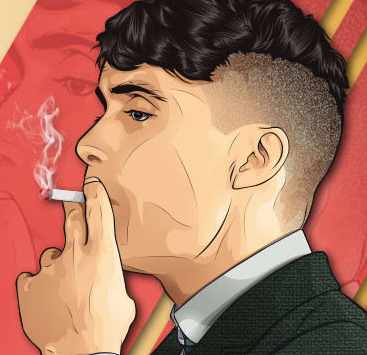