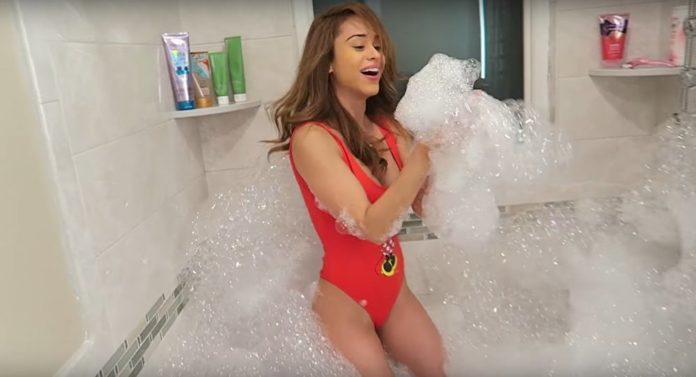 The world’s sexiest weather girl, Yanet Garcia, has shared a bikini shot with her fans that has left millions swooning.

The 27-year-old posed on her knees on a beach in a tiny flower-patterned bikini that left little to the imagination.

Her stunning figure delighted her 5.7 million Instagram fans, as the photo generated more than 367,000 likes and comments from her fans.

The famous Mexican weather forecaster regularly shares sexy photos of herself with her fans, particularly of her working out in the gym.

She also encourages her fans with their own fitness and exercise regimes, telling them to “never give up” and “work hard every day until your dreams come true.”

Garcia is a model turned TV personality, working now as a weather forecaster on the Mexican TV station Televisa Monterrey. She rose to fame after people began sharing images of her during weather presentations, comparing her curves to the reality TV star Kim Kardashian.

Yanet rose to even greater fame after TMZ and Playboy described her as a “girl that makes you want to watch the weather forecast.”